Two from one (day)

A slight variant on my occasional “Single Image” series, here are two large format images from the same day, on the last full day of a week-long photography trip to Scotland. The last day was the first day that wasn’t mainly raining.

The first is taken at a spot called “The Study” in Glencoe looking towards two of the Three Sisters which are outliers of Bidean nam Bian, which is peaking out with some snow. 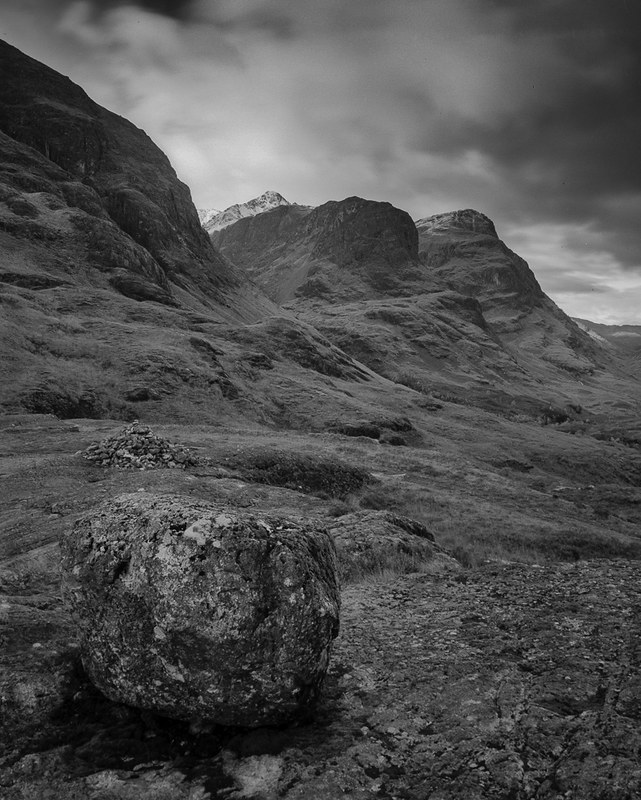 Next up is Lochan na h-Achlaise on Rannoch Moor. It looks remote but actually the loch side is just a few yards away from the busy A82 road. 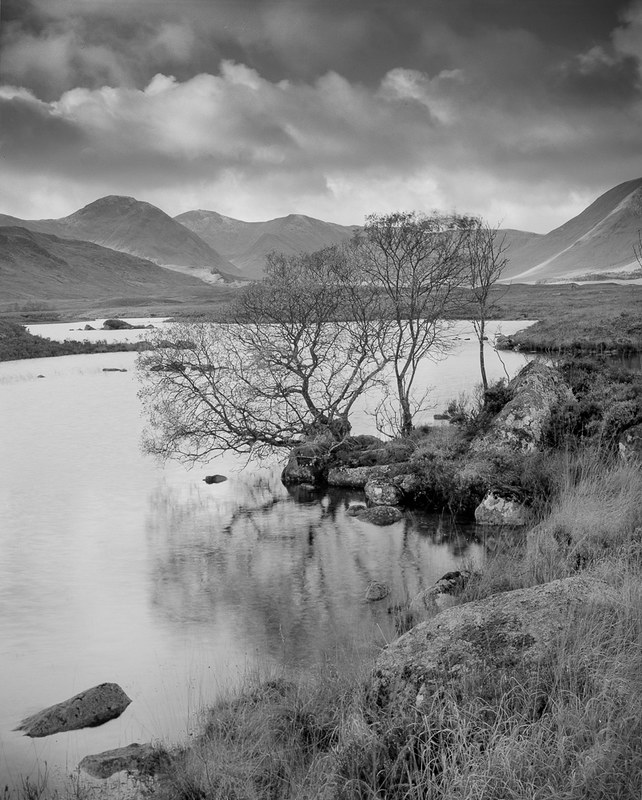 Both of these images are taken at much-photographed locations and the compositions are not unusual – they’ve been done many thousands of times before. But, I’m still at the stage with large format photography that navigating the process of loading film, focussing an upside down and laterally reversed image under a dark cloth, remembering to close the shutter before taking the dark slide out, keeping a record of which film holders have been exposed, and loading the film into the developing tank, is still fairly challenging. So getting two OK images in one day is a “win” for me at this stage, even if they’re nothing original.

I took a few more shots that day, colour and mono, so there may be more to come, or then again the other sheets may be out of focus, wrongly exposed, or have light leaks.