Howarth with the Yashicamat 124G

The town of Howarth in West Yorskhire is best known as the home of the Bronte family which included three great novelists – Charlotte (author of Jane Eyre, Shirley, Villette, and The Professor), Emily (Wuthering Heights) , and Anne (The Tenant of Wildfell Hall, Agnes Grey). Having read the books (except for The Professor) over the previous year I decided to visit the Bronte Parsonage Museum on my birthday.

I took just one camera with me, a Yashicamat 124G, loaded with Ilford XP2 Super. I enjoyed the visit to the museum – it was fascinating to think that all three sisters penned great works in this house, which are still being read around the world and frequently adapted for the screen – but I didn’t take any photos inside except for a few iPhone snaps. The reason is that I find the struggle to get good film images, in low lighting and where tripods are not allowed, is not worth the effort in my eyes. Low-light use is one area where digital cameras do excel compared to film and even my iPhone can get reasonable images in these circumstances. However I don’t have much desire to look at those iPhone images after the visit, so hence I don’t burn up film inside to create grainy images.

In short, I was happy to enjoy the museum without photography being an important part of the experience, then to take some images in the churchyard adjacent to the museum, and around the shops down a steep hill that leads away from the museum.

I had a yellow-green Bay 1 filter attached to the camera which helped to lighten the leaves in the trees and add some detail to the sky. 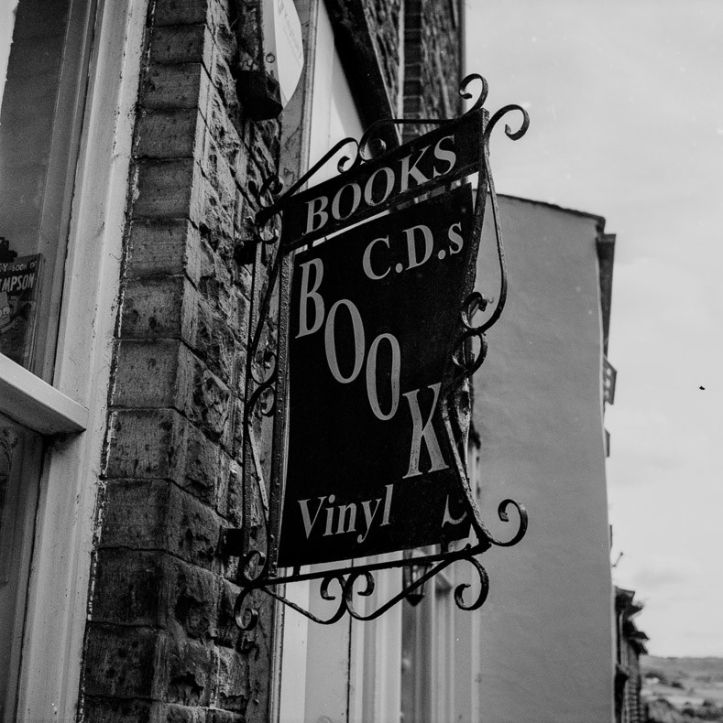 The film was developed at home using the Fuji Hunt C41 kit.