The Falls of Clyde in Autumn

The Falls of Clyde are a beautiful collection of four waterfalls near New Lanark, about twenty miles south of Glasgow, which I visited en route to a few days stay in Callander, in the Trossachs area. I was surprised by how nice the countryside was close to Glasgow and there are lots of photographic opportunites in the area.

After driving a few hours from Newcastle, I was eager to get started with photography and too impatient to thin out my camera rucksack so did the walk carrying the Mamiya RZ67, three film backs, and 50mm lens, 75mm lens with tilt-shift adaptor, 110mm lens, and 180mm lens. I think I did use all the lens but I could have managed with less and had a lighter pack. 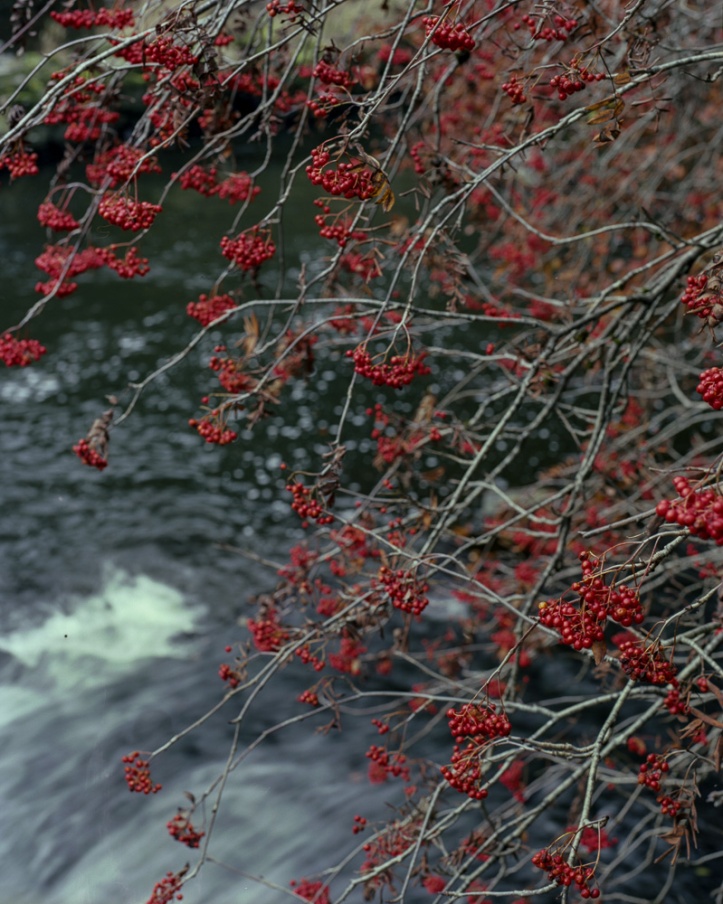 Corra Linn is the highest of all the falls, at 84 feet. Other visitors told me that the water level was much lower than normal. Obviously the amount of recent rain will influence the water level, but more importantly water can be released from a dam further upstream in order to regulate the hydro power system. I have seen photos with great torrents of water at this spot, which must be quite a sight to see; but personally I find that photographs of waterfalls in heavy flood are less pleasing than the more normal conditions because the shapes and finer details of the water are lost.

All of the images here were taken on Kodak Ektar film and home developed. I also took a couple of shots on Fuji Velvia 50 slide film, which are lovely to look at, but I used up my last slide film on this trip and don’t plan to buy any more. Most readers will know that slide film has a much lower dynamic range than colour negative film; but the deciding factor for me is that I can’t justify keeping both C41 chemicals for colour negative and E6 chemicals for slide film at home as they would go bad before being used up. So I sent my last two slide films away to The Darkroom UK, who do a fine job with quick return, but commercial processing of slide films work out about three times the cost of home processing of colour negative. 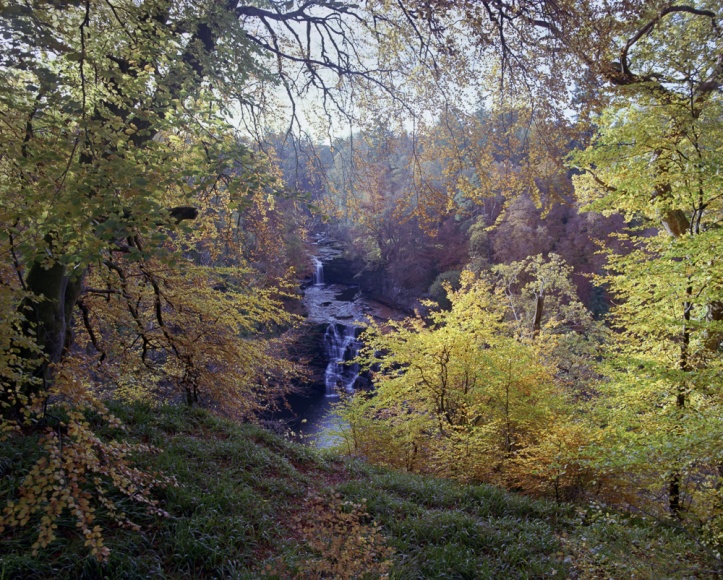 You can find more information about the area on the Scottish Wildlife Trust website which includes a short colour movie made in 1926.