I’ve previously blogged about Spittal , near Berwick upon Tweed, and noted the difficulty in getting enough of the rocks in focus when working at close distances. So, this seemed a natural place to return with the relatively new-to-me Shift-Tilt Adapter for the Mamiya RZ67 and the 75mm SB lens.

It was a relatively dull day when I arrived, and although I was glad not to have full sun, I decided not to use the Kodak Portra 400 already loaded, but to load some Kodak Ektar into a spare film back, in order to wring out a bit more contrast and colour from the rocks.

The strong sea had left behind a lot of dirty foam lying on the rocks which spoilt many of the possible compositions, so I limited my search for images to the foam-free areas, but there was still plenty to look at. 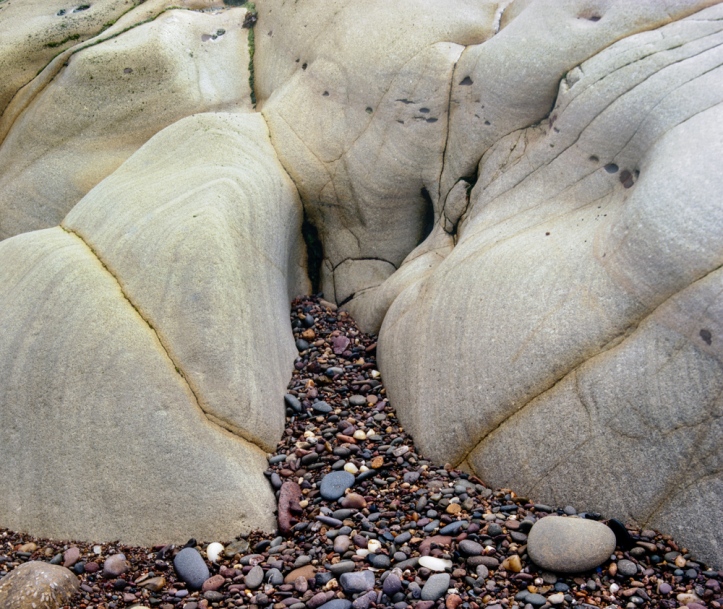 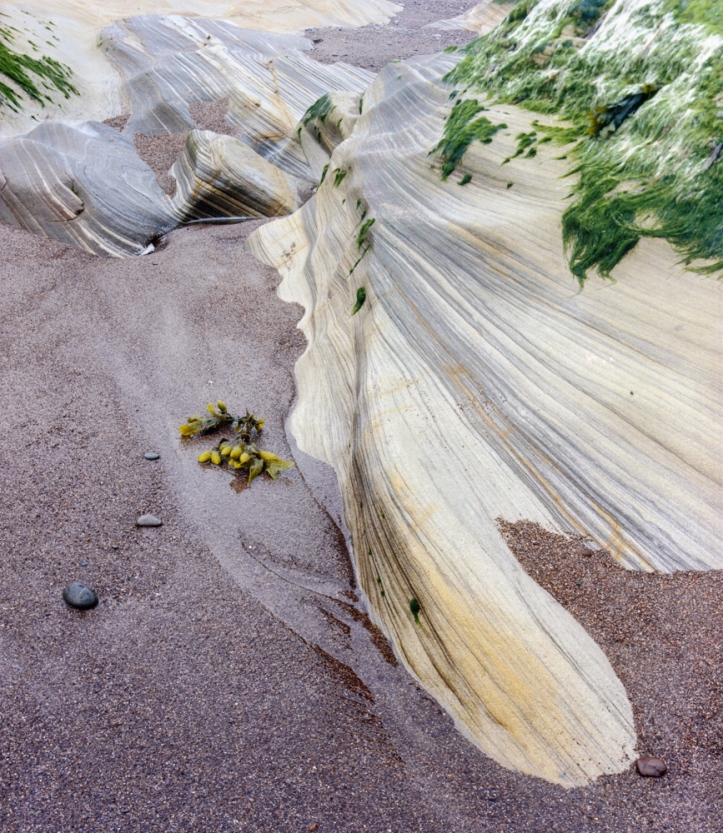 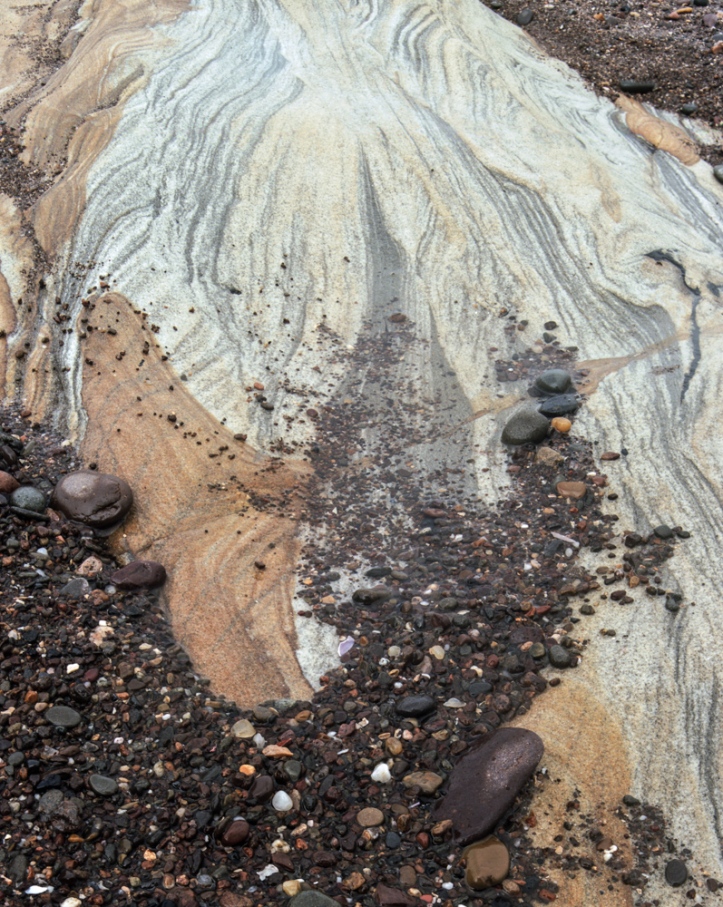 The film was developed at home in the Fuji Hunt C41 kit using a Jobo processor.