Foma Retropan 320 – not for me thanks

I’m not normally one for trying out every available film – I generally prefer to stick with a smaller range from the major suppliers, i.e. Kodak, Ilford, and Fuji.

So for black and white film in the slow-medium ISO range I’m happy with any of Kodak TMax 100, Ilford FP4+, or Fuji Acros.

I’ve not yet settled on a preferred list of faster films, i.e. ISO 400 and above; probably because I’m not personally a fan of grain. For the landscape and still life images that form 90% of my photography, I’m looking for fine details where possible.

In medium format I’m fairly happy with Kodak Tri-X, which can reasonably be pushed to ISO800 or 1600, but I’ve found it too grainy in 35mm for my liking. Yes, I know that Don McCullin took bucketloads of great images on 35mm Tri-X, but the visual requirements for conflict photography are not the same as for landscapes.

So it was, that when I had to buy some fixer in an emergency by mail order, I decided I should add a roll of Fomapan Retro 320 to my basket, in order to get more value out of the minimum shipping charge.

Since the film is available in 35mm and large format, but not 120, and I don’t have a large format camera, I loaded the resulting 35mm roll into my Canon FTb, newly equipped with a new-to-me Tamron Adaptall 28-70mm zoom lens which I had bought for just £19.99  including postage. Of course, trying out a new film type at the same time as a new lens really is not a good idea, since any defects could be due to the lens and/or the film.

The first four images are from Guyzance, a hamlet on the River Coquet in Northumberland. 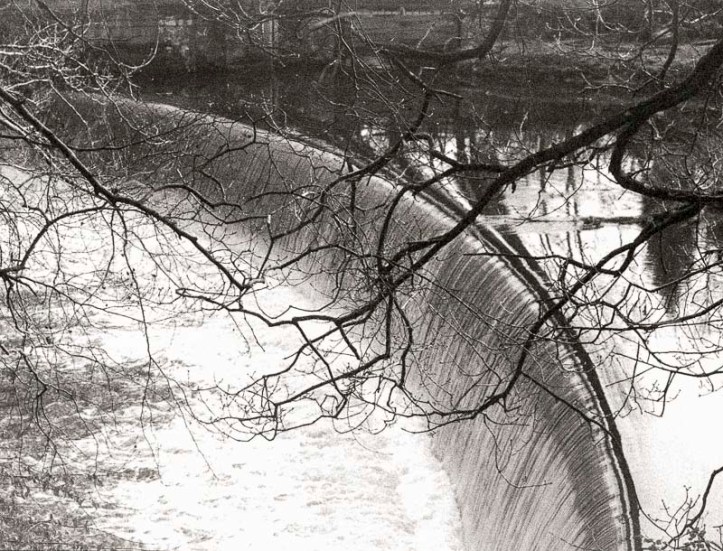 This weir was the site of an accident in 1945 when ten young soldiers died on a training exercise, and there have been other more recent tragedies.

The only developer I had in stock, for which developing times are listed on the Massive Development Chart, was Rodinal, so I dug out the Rodinal and was surprised to find the bottle half full even though it had only been used once; I think the cap doesn’t fit well and some of the liquid had evaporated.

So Rodinal at 1:50 it was. I have to say that the results were the most grainy I have ever experienced from any film, except for the much faster Ilford Delta 3200. Of course, many photographers will say that I used the wrong developer, as Rodinal is not known for fine grain. Foma recommends “Foma Retro Special Developer” for this film, but I don’t find it practical to keep a different developer in stock for a single film type. 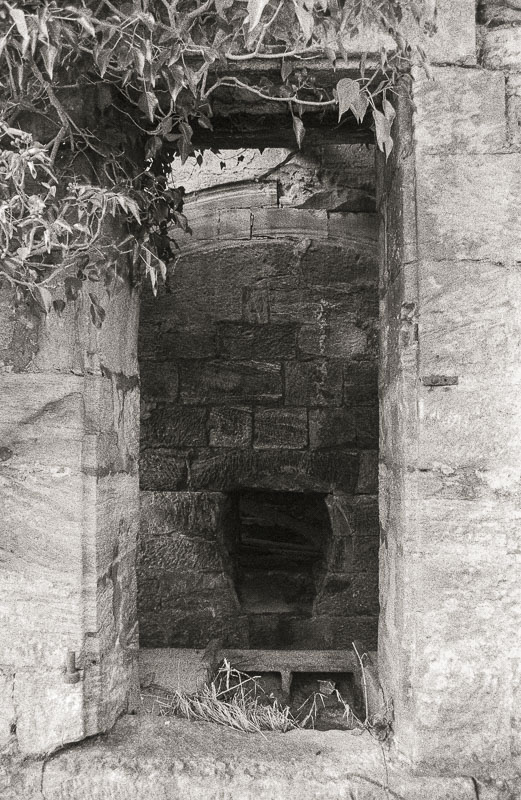 A mill building. To be fair to Retropan, this image does show some promise in the ability to show details across a wide tonal range. Not only does the rear wall hold a lot of detail, but so does the small hole in the rear wall. 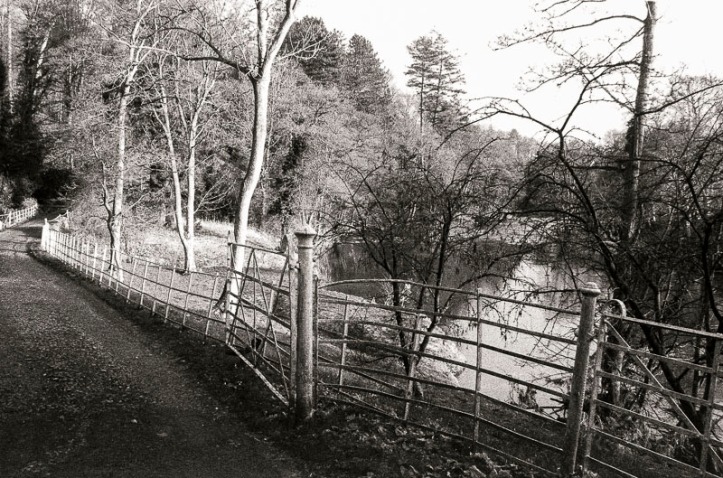 Next two are from Shibdon Pond near Blaydon, in dull weather. 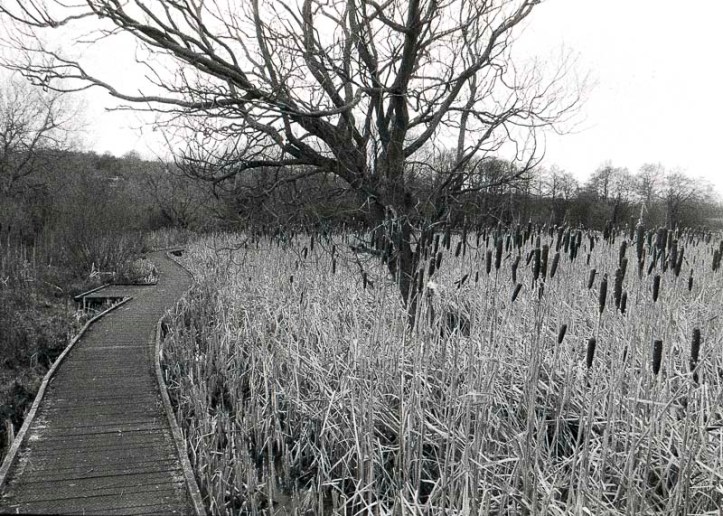 If Retropan 320 was available in 120 roll format, I might be willing to try it for longer, and with a more suitable developer – but I shoot so little 35mm these days that it’s not worth the effort. The obvious way to get better quality from 35mm is to switch to a bigger format.

So for the time being my ISO400-ish needs will continue to be met by Kodak Tri-X in medium format. For 35mm, Ilford XP2 Super comes the closest to my needs, but I may just avoid ISO400 in 35mm. For the last few months, I have been shooting Kodak T-Max 100 at ISO 200; this can be developed in TMax Developer for the same time as ISO100 and the results have been good from my Fujifilm GA645Zi. In the next few days I will be developing a roll of 35mm T-Max at 200 so it will be interesting to see how that turns out. The difference between ISO200 and ISO320 is only two-thirds of a stop, after all.