Converting to “Infrared” in Adobe Lightroom

Just a quick post to show the results of messing around with Adobe Lightroom and some scans of colour negative images taken with Kodak Portra film.

Recently I had a pleasant walk around Bollihope which is part of Weardale in County Durham. I had the Fuji GA645Zi loaded with Kodak Portra and a Yashicamat loaded with Ilford FP4. As I looked at the bright green foliage I began to think it was the right time of year to be shooting some Infrared Film, but I didn’t have any with me. I’ll put that right by loading either Rollei IR400 or Ilford SFX into the Yashicamat as soon as the FP4 is finished, but in the meantime I decided to see what the “infrared” develop preset in Lightroom could do for me. 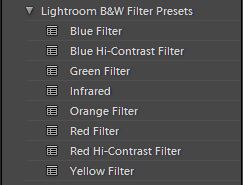 I have some presets which are third-party addons but this one is Adobe-supplied. I am not sure what Lightroom version it was first supplied with, but I think it appeared when I updated from LR2 to LR5. If you don’t have it on your Lightroom system, it should be easy enough to create one.
The key points are to set the yellow and green colours to +100, and the Aqua colour to +50. 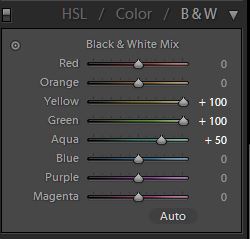 You might want to increase to contrast, increase the exposure, and hold back the highlights as well:

Note that negative clarity has also been set; this gives an effect a little like the “aura” that the old Efke IR film gave.

Once you have the options set the way you want them, just click the “+” sign next to “Presets” in the left-hand pane …

… and check the relevant boxes in the screen below, and give your preset a name.

Of course, after applying a preset, you are free to make any other changes you want to suit the individual image.

Anyway, here’s the results I got. You might like them or you may think that they are an abomination and no substitute for the use of infra-red film; it’s your choice. 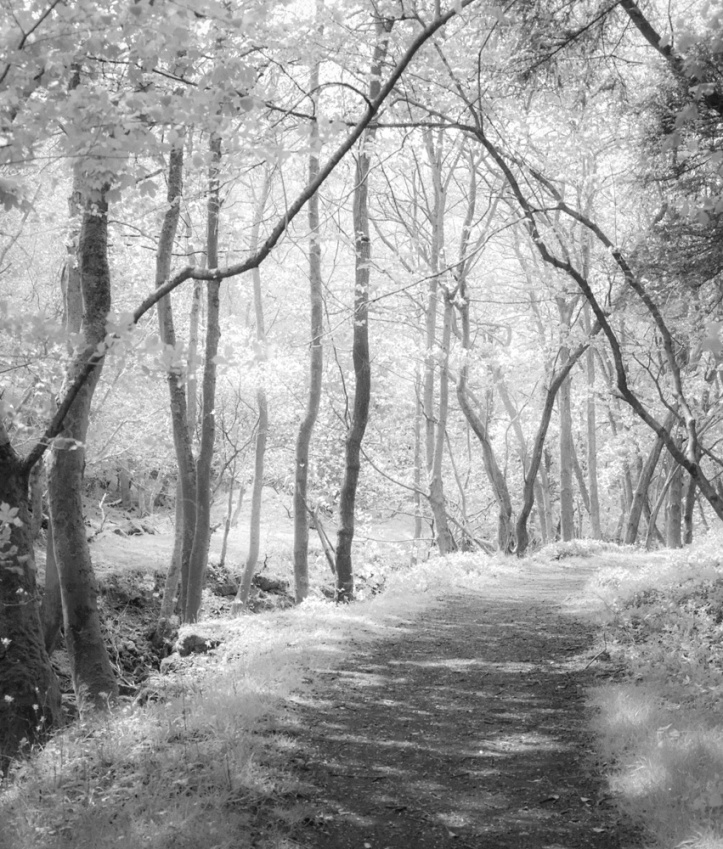 One final word – if you apply these settings to a scan from black-and-white film, then you won’t see much effect, and foilage may go darker rather than lighter. That’s because you can’t amend the individual colours in a “true” mono image, because there aren’t any. The preset will work with either a colour digital file or a scanned colour film image.