Following on from my initial review of the Fujifilm GA645Zi, I continue to be delighted by the camera. One of the things which strikes me when I take a film from this camera out of the developing tank is the consistency of the negatives – no frame spacing problems and consistent exposures provided by the automatic exposure system. The auto-focussing has worked well too.

I have about 15 rolls of Kodak TMax 100 in stock but I was concerned about using the film in the GA645Zi in case the relatively slow maximum aperture of the lens – f4.5 at the widest end, which I use most – gave problems with a slow film.  I decided to try gently pushing the film, at first to ISO200, and see how that went.

The developing information for Kodak TMax Developer gives exactly the same time for either ISO 100 or 200, which is handy in case I want to develop two films at once with those different speeds. I usually develop using a Jobo Processor and the recommended time at 24 degrees C is 6m15s; however as this was film number 5 developed from 1 litre of 1+4 solution, I followed the recommendation to add 1 minutes for films 5 through to 9.

The first image is from Tynemouth Market – I only took one image that day as I visit regularly and don’t feel the need to take lots of image on every visit. 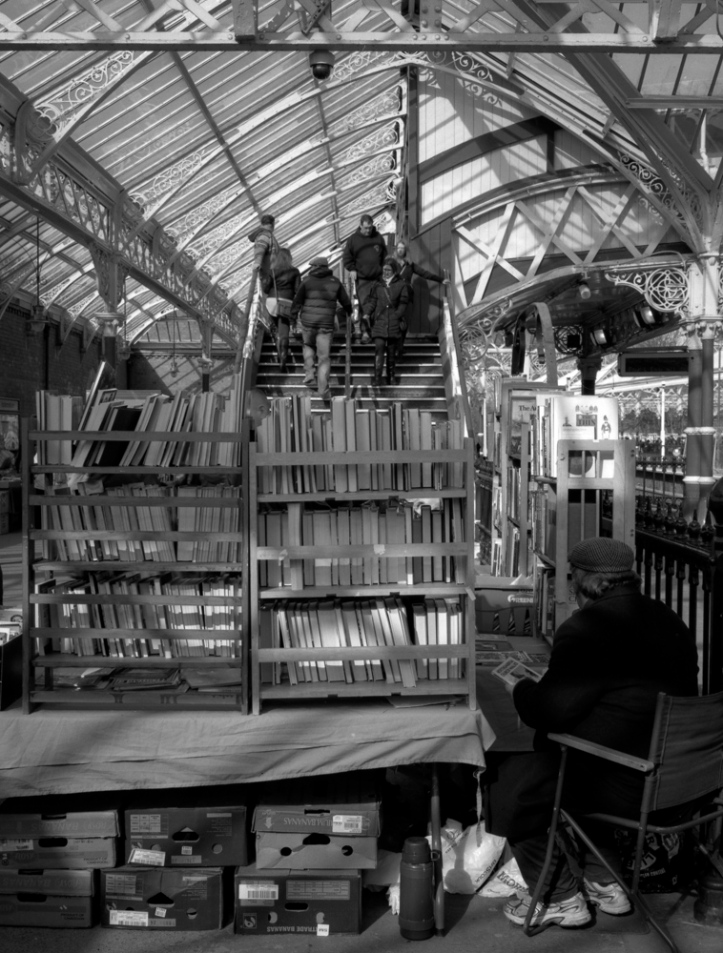 The rest of the film was used in one afternoon when I had an hour or so free before a hospital appointment, and walked through the grounds of Newcastle University and into the Haymarket area of Newcastle. Most of these were taken with a weak orange filter that needs +1 stop so effectively I was back to shooting at ISO100 with the filter.